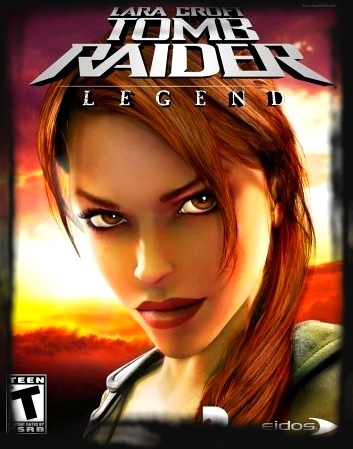 The original Xbox version does not include the introduction movie with the opening titles. Comically this was due to the Mastering managers screen being too small. When creating the master image with the tool maximised there was 1 file left off the bottom of the screen, which went unnoticed. On his current monitor this wouldn't have been a problem. When the mistake was discovered, this would have meant a resubmission would have been needed. Due to time restrictions, Eidos chose to release the Xbox version without the intro movie.

PlayStation Portable players have received some exclusive extras. While the textures and polygon count were significantly reduced to run on the portable, some new gameplay modes were introduced: theTomb Trials, three multiplayer modes and six additional outfits that were not available in any other version of Legend. The Tomb Trials put the player against a series of traps and acrobatics to be dealt with before the assigned time is over, based on locations of the regular levels.

The Nintendo GameCube version has had a couple of cuts; the rolling demos that would normally play if the game was left inactive while in the title screen have been removed, and the Unfortunate Mishaps video is also missing. The game runs at a slightly smoother framerate than the PlayStation 2 version, and it also loads faster. But at some specific points there are some noticeable frame rate drops (such as in the train chase, in Kazakhstan). The many filters used for explosions and motion blur are also gone, rendering the game with sharper textures but less remarkable explosions.

The Nintendo DS and GBA versions were also released on 14 November 2006. Despite following the same storyline and featuring all the levels and key moments from the bigger counterparts, the game is a sidescroller on the GBA. The levels have been broken down into several smaller segments, and feature a lot more platforming than the original versions. The progression of the storyline is told via comic-strips during key moments. The rewards are also present and they unlock minigames.

The PC and Xbox 360 version includes exclusive "next generation effects", which can be toggled on the PC version. When the next gen effects are off, the game is visually identical to the PlayStation 2 and GameCube versions of the game. In the PC version, players can save their progress anywhere but loading a game will take the player back to the last checkpoint.

Tomb Raider: Legend earned the series the strongest critical response it had received since Tomb Raider II in 1997, and it remains one of the highest-rated games in the history of the franchise. IGN declared "It's now safe to return to the game you once loved. Crystal Dynamics successfully resurrects an old franchise from the tomb." GameSpot said that Legend "finally brings the series into the 21st Century while staying true to the adventurous spirit of the early games." They stressed the game should have been longer and therefore referred to it as a "brief but fun adventure that just about anyone can enjoy."GameZone awarded it an 8.5/10, and noted that gameplay had improved, saying "Lara is a dream to control and her moves come off as more natural and more acrobatic." They included that the game could have been longer and the combat system improved, and rounded off their review by saying "It’s good to see Lara back in top form and while her adventure is a bit on the short side and combat could have been handled a lot better, it’s hard to say no to a pretty girl that still has what it takes to show us a really good time. Fans of the series will certainly not want to miss this one."

Upon release, Tomb Raider: Legend topped the UK game charts for 3 straight weeks and it is now part of the Platinum Range for PlayStation 2 titles. In 2009, Eidos announced Tomb Raider Legend sold 4.5 million copies making the game the most commercially successful game since Tomb Raider: The Last Revelation.