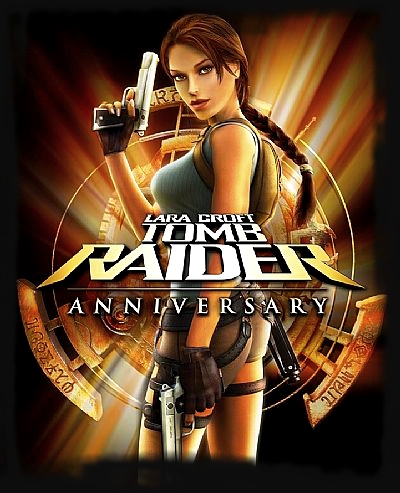 When the game was released for the Wii, various features were added to take advantage of the Wii controller's unique capabilities. Some simple switches from the other versions have been expanded into puzzle minigames. In one type of puzzle, Lara now has to find a cog and place it, along with smaller gears already in the mechanism, in the proper position to make a working switch. Another type of puzzle involves making a charcoal rubbing of 3 images then turning a stone mechanism until it matches the rubbing. Lara can also make drawings in crates of sand. New rewards and clues for the new puzzles have been added that require the player, as Lara, to dig for them using the Wii remote as an archaeological tool such as a shovel or pickaxe. Other new features include a flashlight (along with darkened corridors in which to use it) and a new room in the mansion that holds items found during the course of the game like keys, rubbings, and weapons. The room also contains hunting trophies from animals that Lara has killed (including dinosaurs and Atlantean creatures).

The Wii version also includes motion and pointer controls during normal gameplay. Flicking the nunchuk tosses Lara's grapple, and the Wii remote's pointer aims her weapons and flashlight. Also, Lara can speed up while swimming, shimmying, or climbing by quickly shaking the nunchuck. Finally, the adrenaline dodges are activated with motion gestures matching the in-game events (such as throwing a punch or diving out of harm's way).

Tomb Raider Anniversary received even better critical reception than Tomb Raider Legend. IGN gave the game a "good" rating, along with a 7.8 score. They criticised the camera angles, saying "If ever there was a title that screamed for a second analog stick, it's a Lara Croft game." But they did add, "If you're looking for a solid adventure game, this fits the bill." GameSpot said "This is one of those rare cases when the remake is better than the original" and awarded Anniversary 7.5/10. Eurogamer called the game "the best Lara Croft adventure to date" and added "It's as if Eidos and Crystal took a look at the long list of perennial bugbears anyone had about the game and scrubbed them off with a big red marker until every one was gone." Official UK PlayStation Magazine gave the game a very positive review, awarding it a 9/10.