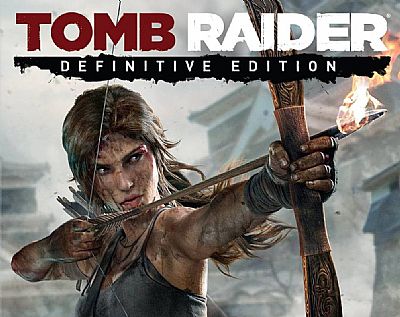 Synopsis: Tomb Raider explores the intense and gritty origin story of Lara Croft and her ascent from a young woman to a hardened survivor. Armed only with raw instincts and the ability to push beyond the limits of human endurance, Lara must fight to unravel the dark history of a forgotten island to escape its relentless hold.

Tomb Raider is presented in third-person perspective. Players take control of the series lead character Lara Croft. The game uses an interconnected hub-and-spoke model that combines action-adventure, exploration, and survival mechanics.[8] Players can traverse between the camps and across the island using footpaths, improvised or already-available ziplines and climbable tracks. Many of the players moves are carried over from the previous games created by Crystal Dynamics, with some tweaks added, such as incorporating elements of stealth gameplay. Quick Time Events are scattered at regular intervals throughout the game, often appearing at crucial or fast-moving points in the game's plot, such as extracting a shard of metal, and escaping a collapsing cave.

The combat of the game borrows multiple elements from Naughty Dog's Uncharted series, with players having the ability to free-aim Lara's bow and the guns she salvages, engage in close-quarter combat and perform stealth kills. Players can also use Survival Instinct, an ability in which enemies, collectables and objects pivotal to environmental puzzles will be highlighted for players. The game also incorporates RPG elements: as players progress through the game, they earn experience points from performing certain actions and completing in-game challenges linked with hunting, exploring and combat: this enables players' skills and abilities to be upgraded in specific ways, such as giving her more storage capacity for arrows and ammunition. Players can also upgrade and customize weapons using salvage collected across the island. There is also a character progression mechanic in the game: better items, weapons and equipment are gained as players progress, though the appearance of most of these items is closely linked to events in the story. In addition to the main story, players can complete multiple side quests, explore the island, revisit locations, and search for challenge tombs.

Alongside the single-player mode is an online multiplayer mode, which allows players to compete in several maps.In each multiplayer match, there are two enemy teams: four survivors and four scavengers,and there are three types of games for multiplayer to compete in, played in five different maps: the modes are Team Deathmatch, Private Rescue and Cry for Help.The first mode is a simple PvP combat scenario, with teams pitted against each other, and the winning team being the one to kill of the opposing team in three separate matches. In the second mode, the "survivors" team must take medical supplies to a specific point on the map, while the "scavengers" must reach a certain number of kills, both within a ten-minute time limit.The third mode, Cry for Help, involves the "survivors" exploring the maps and retrieving batteries for defended radio beacons while being hunted by the "scavengers".Across all three modes, weapons and destroyable environments from the single-player campaign are carried over.

Following Tomb Raider: Underworld, Crystal Dynamics was split into two teams; the first beginning work on the next sequential pillar of the Tomb Raider franchise, while the second focusing on the newly created spin-off Lara Croft series (debuting with Lara Croft and the Guardian of Light in 2010).Following pre-announcement media hype while the game's title was under embargo, in November 2010, Square Enix filed for trademark of the slogan for the new Tomb Raider game; "A Survivor is Born".On 6 December 2010, Square Enix announced Tomb Raider had been in production for nearly 2 years; "Square Enix Ltd. is excited today to announce Tomb Raider, the new game from Redwood City based studio Crystal Dynamics".Studio head Darrell Gallagher said, "Forget everything you knew about Tomb Raider, this is an origins story that creates Lara Croft and takes her on a character defining journey like no other".Game Informer website and magazine ran a world exclusive cover reveal in its January 2011 issue, as well as exclusive coverage of emerging details directly from Crystal Dynamics from 12 December 2010.Tomb Raider was the first game in the series to receive a M rating in the United States.

In January 2012, when asked if the game would be available on Nintendo's Wii U console, Crystal Dynamics global brand director Karl Stewart responded there are no plans to have the game available on that platform. According to Stewart, the reason for this is that "it would not be right" for the game to simply be ported, as the developers built the game to be platform-specific before the Wii U was announced, and goes on to mention that if they started building the game for the platform "[they] would build it very differently and [they] would build it with unique functionality."The multiplayer mode was created by Canadian video game development studio Eidos Montreal, known for making Deus Ex: Human Revolution.In May 2012, it was announced by Darrell Gallagher, the studio head of Crystal Dynamics, that the game has been delayed and would be due for release in the first quarter of 2013. He said: "We're doing things that are completely new to Tomb Raider in this game, and the additional development time will allow us to put the finishing touches into the game and polish it to a level that you deserve. We believe this is the right choice, and I guarantee it will be worth the wait."The Definitive Edition framerate is unlocked on PlayStation 4, varying from 32 to 60fps (averaging 53.36fps). Xbox One version is locked to 30FPS (averaging 29.98fps); both versions of the game have a resolution of 1080p.