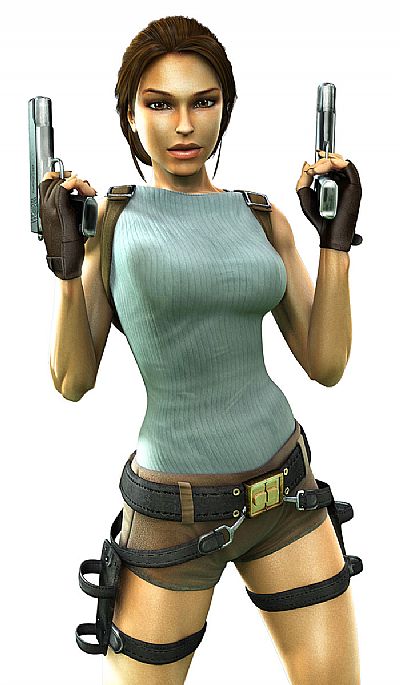 At the age of nine, Lara survived a plane crash in the Himalayan mountains that led to the death of her mother. After miraculously surviving a ten day solo trek from the crash site to Kathmandu, she spent the rest of her childhood under the close tutelage of her Archaeologist father- the late Earl of Abbingdon, Richard Croft.

At the age of eighteen, after the death of her father, Lara inherited the Croft estates and became Countess of Abbingdon. Since then she has been credited with the discovery of some sixteen archaeological sites of international significance.

Lara Croft has been hailed both as an Archaeological Wunderkind and a glorified Treasure Hunter, depending on whom you listen to. There are thousands of rumours surrounding Lara's exploits, invariably involving the unexplained or outright unbelievable. Lady Croft herself is rarely available for comment, which further adds to the fog of mystery that surrounds her life and work.

Consequently, Lara Croft continues to be the focus of wild speculation and intense debate. Idealised and vilified in equal measure, she is perhaps one of the most fascinating and enigmatic figures of our times.